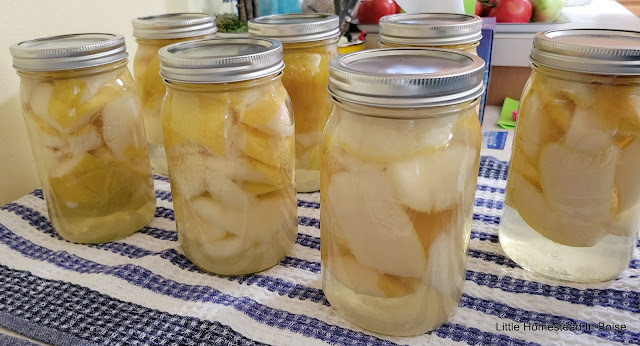 Winter Around The Corner-
Autumn is definitely here with all the colors starting to change! We have been in the low to mid 70's during the day and 40's at night. After our brutal summer of hundred degree weather for a month or more it's a really nice change. Forecast in the 60's for next week. Time to get out the winter warmer clothes, etc. Will be cleaning the coop and getting that ready for winter. We're still picking some tomatoes and peppers! Will be freezing some this weekend. I decided not to can any this year because I use them up relatively quickly. I canned our pears this last weekend. Got 14 qts, a pear crumble and some left to eat fresh.  I've been dealing with some major health issues which has been exhausting, but the good news is there's a light at the end of the tunnel. 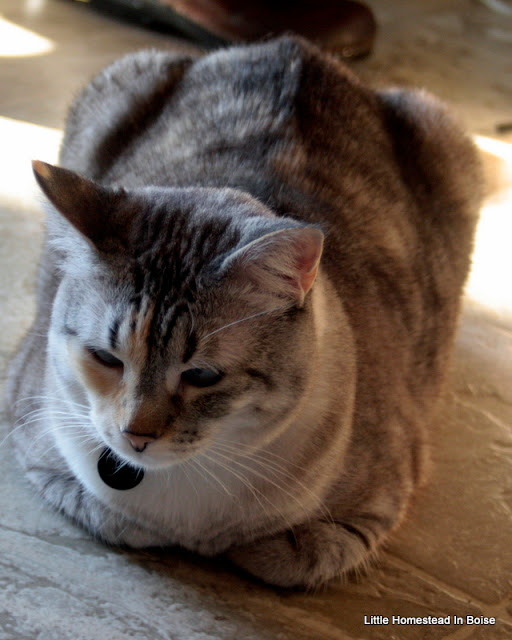 Our lovely cat Anya started having breathing issues the last few days. We took her to the Vet and she had fluid in her chest cavity. They were able to get some out and she's breathing much better now, but at 14 years old this is not good. We will see how her labs come back, then think about what we need to do at this time. Always hard to think about losing your companion animals. Our last three pets, two dogs and one cat, lived to be 17 years old. I assumed that would be the magic number for Anya, but time will tell. The Vet told me in the 26 years she practiced veterinary medicine she NEVER had a cat start PURRING before when she was pulling out fluids. She asked her vet tech if there was rumbling in her chest? Her assistant said no she's just purring. That's our Anya! Always mellow. 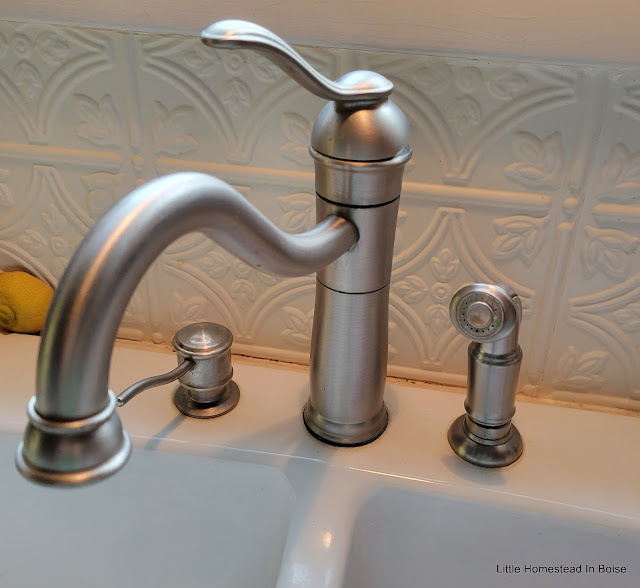 Frugal Research, Replace, Repair & Reorganize-
Sometimes life throws you curve balls and sometimes there's several at a time! We noticed a few different things going on around the house. Things like our Moen kitchen faucet was starting to leak black liquids from the middle. The Food Saver set I bought had a handheld device that did not work. My small bathroom Ikea faucet had gotten pretty clogged from the road construction and I needed a new filter. So time to do some research. Dave said that Moen would replace cartridges for free since they had basically lifetime warranties on their kitchen faucets.  Here came the research. Ikea has excellent customer service on their faucets too. Again I did some more research. Ditto doing research by contacting Food Saver for a replacement handheld vacuum attachment. 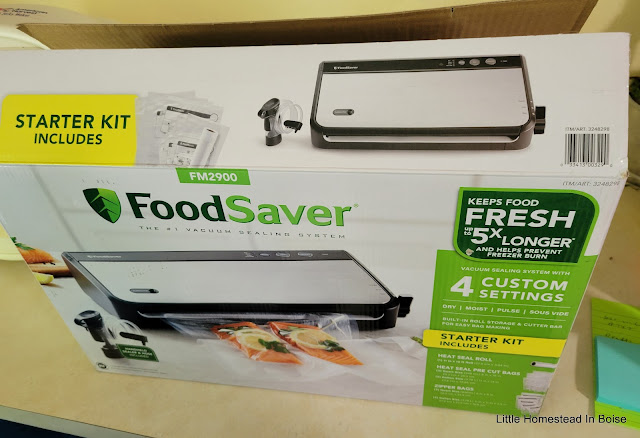 I called FoodSaver and let them know that the attachment that I had in the box did not fit. Short phone call and an email later I attached photos of the items. In the mail I got a replacement that should fit! It didn't, back to square one. Will call next week.
I got on the Moen website and was able to order a replacement cartridge for free. Dave was able to install it in a few minutes and now it's working great and no leaks! 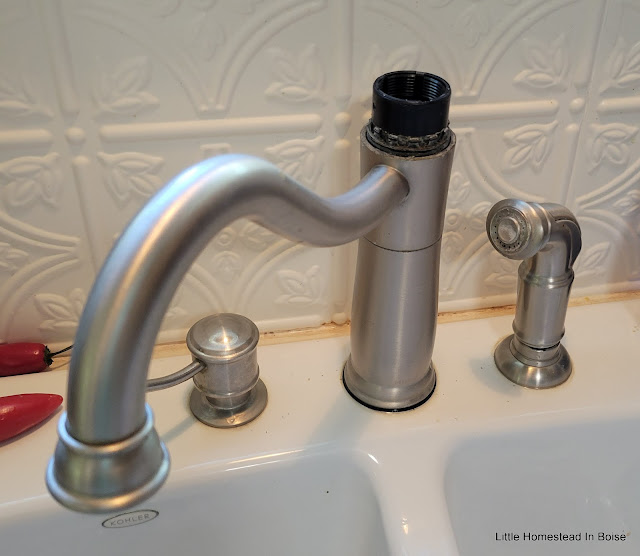 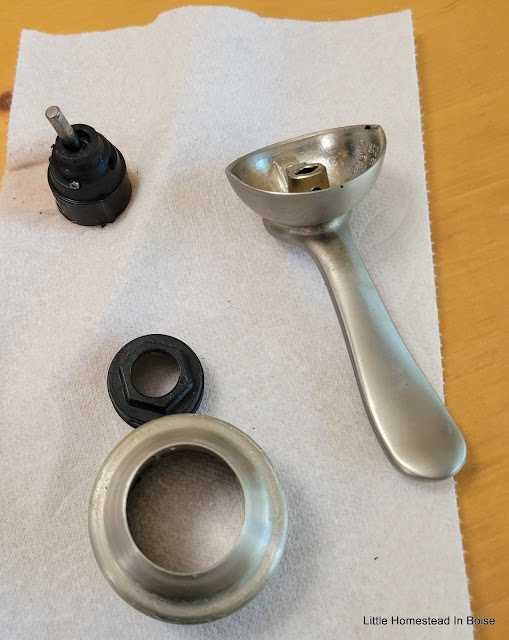 I got on the Ikea website and found the part for the bathroom faucet and ordered two new filters for free. Previously I had ordered one for other master bathroom faucet I forgot to order one for the small bathroom faucet. Just unscrew old one, insert the new, water pressure fixed! 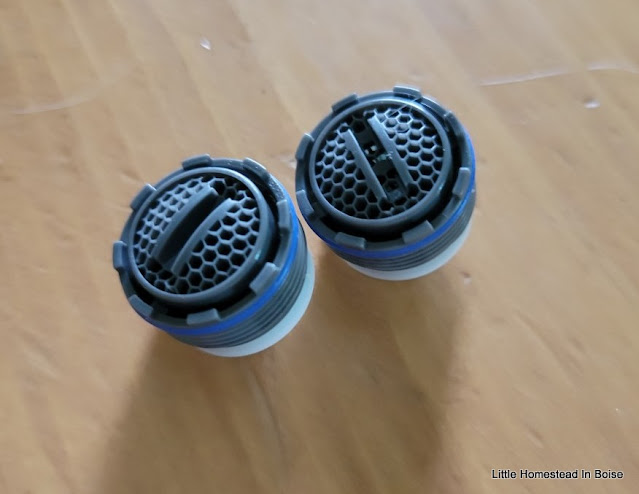 Next, our oven element died, during pre-heating it to put in a pear tart! Great timing, sigh. We called around and made an appointment to have the element replaced and the door opened up to clean the inside of the glass that I can't get to. When the guy showed up he didn't seem to know what we were talking about and said that they would have to spend a half a day labor taking the door off and cleaning the inner glass. We decided to cancel. Dave went and was able to install the element and I can live with the drips on the glass. While there are a lot of YouTube videos about how to clean the inside of the inner glass on a oven door it does void your warranty. It also seems like it would be pretty tricky to get back together and workable. Sometimes it's just easier to live with something so that works for us-

Oven cleaning on my list!
Our pantry rack was a bit of a disaster area. I looked a little bit more critically, was able to shuffle things around a bit more and use the space better. I had recently added a few bags of bread flour that I got at Costco. Soon I will pack those into some buckets with oxygen absorbers, but for now the bags work fine. We're lucky we've never had any pests in the house, of any kind. Soon I will break these down into smaller plastic bags and freeze them for a week to kill any possible tiny visitors, then re-pack- 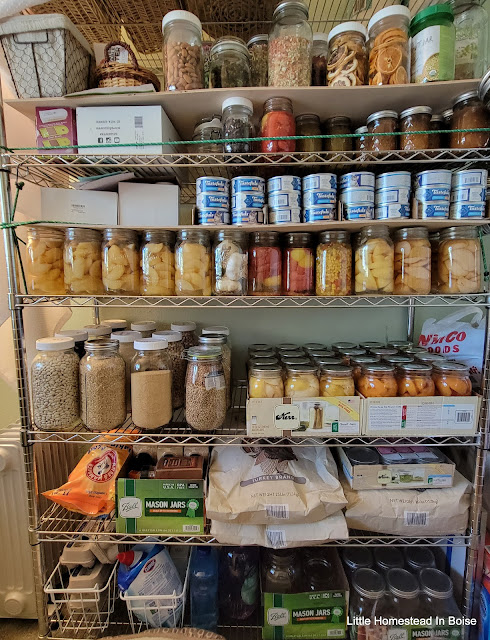 I did a lot of research the last several months on solar chargers for homes. I wanted something low cost and reliable. I bought a Bluetti EB3A Portable Power Station 600W 268Wh. Still on sale here Eb3a Portable Power Station with info listed. I fired it up, charged it and so far so good! Will probably buy the solar panels to go with it soon. This will not power a home but will work for things like laptops, phones, small lights, C pap machines, etc. Company has a very good ratings, more later- 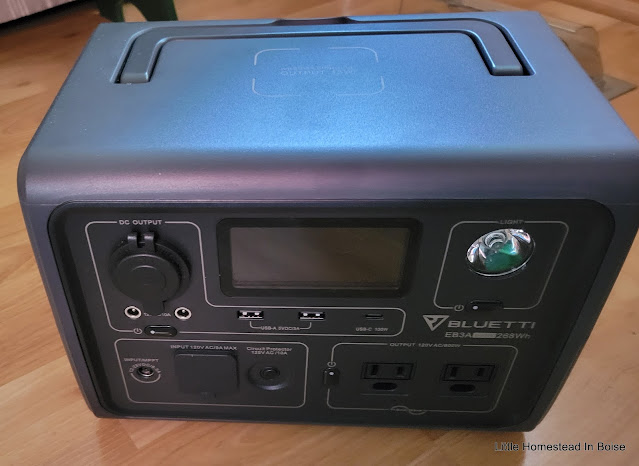 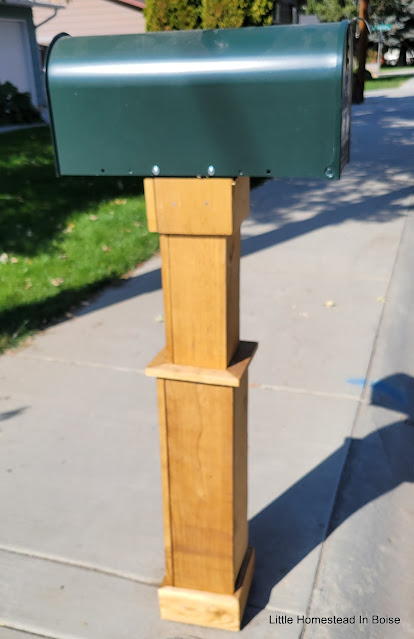 Easy Free Mailbox Post Upgrade!
Our street paving is finally done with sidewalks installed! One of the things the county was supposed to do was put in a new post/mailbox since they tore the old ones out for construction. Well they did put in a new post, but they put our old faded mailbox back. Ditto the neighbors. Shocker. I told Dave that everybody either had silver, black, or white mailboxes. Something different that would be fun. I asked Dave if he could trim out the 4 x 4 post with some spare Cedar that we had on hand. He did great job! I looked around several places and was able to find a dark green mailbox. After he trimmed at the Cedar we ordered the mailbox, (nobody had it in stock) and he installed it. I LOVE it! A little bit distinctive with some little architectural interest instead of a plain old mailbox post. The wood was free so it was just the price of the mailbox, about $25 bucks. The cedar will fade into a nice gray...
Nancy @ Little Homestead In Boise at 5:07 PM
Share